A VoIP phone system requires the use of SIP phones / VoIP phones. SIP phones come in several versions and types: 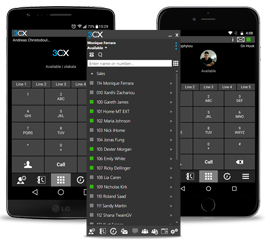 A software-based SIP phone is an application which makes use of your computer’s microphone and speakers or an attached headset to allow you to make or receive calls. An example of a SIP phone is 3CX’s own SIP clients,  which are free to use for all 3CX 12 and above users. 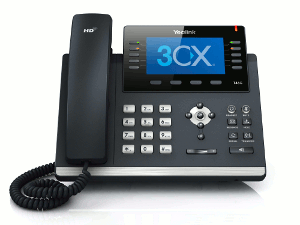 A hardware-based SIP phone looks and behaves just like a normal phone. However, it is connected directly to the data network, rather than to standard PSTN line(s). These phones have an integrated mini hub, so that they can share the network connection with the computer, which means you don’t need an additional network point for the phone. Examples of hardware SIP phones are snom and Yealink IP phones which work seamlessly with 3CX software used by C2 Communications.

Use an Analogue Phone via an ATA Adapter

VoIP phones are very inexpensive to buy and can bought online via one of the many VoIP product online shops. 3CX  supports all popular VoIP phones as it’s based on the Open SIP Standard. You can even automatically provision most IP phone models too.